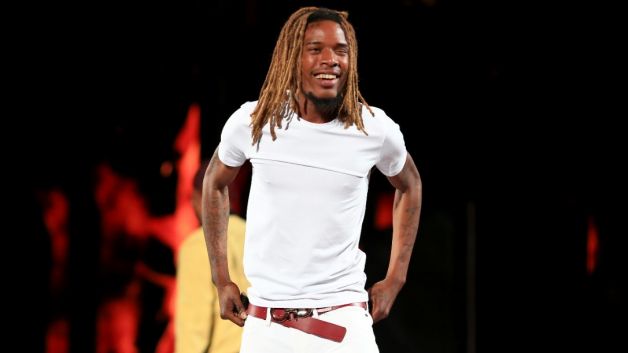 Fetty Wap has been 2015’s biggest success story of any genre after his single ‘Trap Queen’ rose into the top five earlier this year (currently at #6). He has since followed the single up with a slew of Soundcloud hits, and two of those – ‘679’ & ‘My Way’ – have become viable mainstream singles. ‘679’ currently sits at #18, while his single ‘My Way’ jumped 80 spots this week to land at #7. The 80 spot jump is the biggest jump into the top ten since Katy Perry‘s ‘Roar’ jumped 83 spots.

‘My Way’ began getting radio play after Drake released his remix to the song, but the song was officially released sans the Toronto artist last week on all digital retailers. The song sold 152,000 copies in its first week, and was streamed 7.7 million times, 77 percent of which are views from YouTube unofficial user-generated videos.

Having three top 20 records in the Billboard Hot 100 is a milestone that only Eminem has achieved as far as rappers go. Eminem had ‘The Monster’ at No. 2, ‘Rap God’ at No. 13 and No. 19 with ‘Berzerk’ on the November 23, 2013. Not bad for an artist that many considered a one hit wonder.