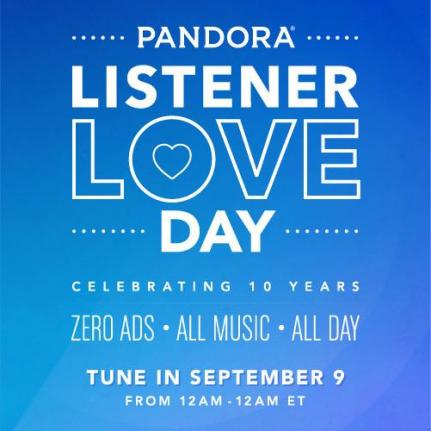 Pandora‘s 10 year anniversary is on September 9, and for their ‘Listener Love Day’ campaign, they will let their users listen to ad-free music all day. While this is a dope gesture, Pandora is set to lose upwards to $2.7M in advertising revenue according to Billboard. By breaking down stats, users are expected to stream over 810 million songs on September 9 with no advertisements, & that doesn’t include any possible increases from a normal day from their massive press coverage.

After offering the ad-free day September 9, Pandora will launch a new one day subscription service titled ‘Pandora One Day Pass’, which will grant listeners no ads for 24 hours by just paying 99 cents.