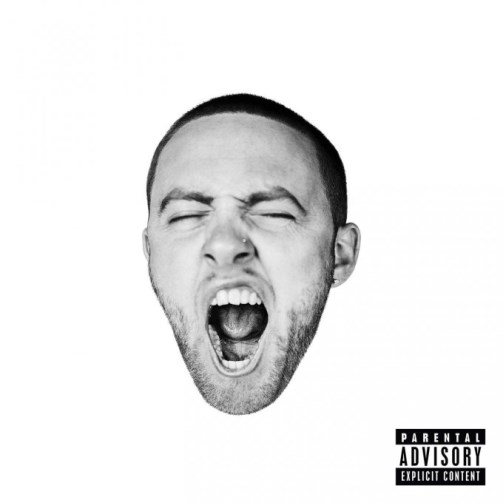 After several recent projects that had a hazy, darker feel to them in terms of production, the intro track to GO:OD AM, the major label debut album from Pittsburgh rapper Mac Miller, seemed traditional, with a quiet, slow instrumental courtesy of Mac’s friend Tyler, the Creator, who also worked with Mac on his second album, Watching Movies with the Sound Off.

However, immediately after the opener “Doors”, the vibe of the album switches immediately. “Brand Name” opens with an alarm clock sound and moves into a banging track, something that was generally missing on Watching Movies or on Mac’s last full length project, Faces. From here, the album is generally missing the deeper, introspective songs that made his last two projects so interesting (songs such as “I Am Who Am” or “Happy Birthday”). This can be attributed to Mac’s recent departure from drug addiction. Many of the songs on Faces dealt with concepts from Mac’s solitary attitude, and are much more introspective than anything on GO:OD AM.

This is most evident on songs such as “Cut the Check”, where Mac teams up with Chief Keef to discuss some of the topics Mac talked about on his debut Blue Slide Park, including women, cars, money, and fame. Likewise, the instrumentals on this album were also more reminiscent of those on Blue Slide Park than any of his other recent project – not coincidentally, the production on this album is mainly handled by Pittsburgh-based production team I.D. Labs, with Mac’s alias Larry Fisherman doing none of the production himself. I.D. Labs handled most of the production on Blue Slide Park as well but produced only two songs on Watching Movies and one song on Faces.

While lyrical content took a step back on GO:OD AM, Mac’s singing took a step back as well. While some songs on Watching Movies and Faces, such as “Objects in the Mirror”, relied heavily on singing, nearly every hook on this album has Mac singing, with several songs such as “ROS” containing singing throughout nearly the entire track. Mac isn’t a bad singer, but he’s not really much more than passable. He even brings on R&B extraordinaire Miguel for the song “Weekend” and shares the hook with him, rather than letting Miguel sing the hook on his own.

Other than Keef and Miguel, there are only three others guests on the album. Lil B provides some odd narration through the track “Time Flies”, a song somewhat reminiscent of the cloud rap style that Lil B has popularized in the past. Ab-Soul delivers a solid verse on “Two Matches”, but it doesn’t match (no pun intended) up to his verse on the prequel to this track, “Matches”, off of Watching Movies. He spends several lines just referencing his label and producer, which just seems like a waste of space to end his bars. Swedish singer Yukimi Nagano, from electronic band Little Dragon, hops on the closing track “The Festival” to provide some of the worst vocals on the album, with a nearly unbearable high-pitched voice that does fit the weak instrumental of the song either. Combined with some of the worst singing from Mac on the album, he finishes out the project on a low note – the same problem he had with the closing track “Youforia” from his previous LP.

The best songs on this album come on the second half, with Mac providing the song most similar to his previous projects in “Perfect Circle / God Speed”, a two-part track in which he touches on his drug addiction and his issues with females. The spacey instrumental on “Perfect Circle” contains a soulful piano in the background, one that fits perfectly with the theme of the song. The second half of the song, “God Speed”, could be likened in concept to Drake‘s “Paris Morton Music 2”, in which Mac spits a long verse over another soulful beat to close out the track. Following this, Mac switches up the style to “When In Rome”, which has an absolutely monster beat that follows up the slow mood of the previous track perfectly. “Ascension” and “Jump” contain the best singing on the album, with the latter track being possibly one of the best songs Mac has ever made. The beat takes some influence from several different styles, with some cloud rap and trap influence mixed in for a very memorable instrumental.

While Mac made some progression with his flows on this album, he took a step back in most other areas. His production has always been a selling point on his previous projects, and with him doing very little on this album, and handing it over to more mediocre producers, the quality suffered. Mac’s work ethic is undeniable and with him over his drug addiction, it will be very interesting to see where he goes from here – whether it be another conceptual mixtape or a new album.