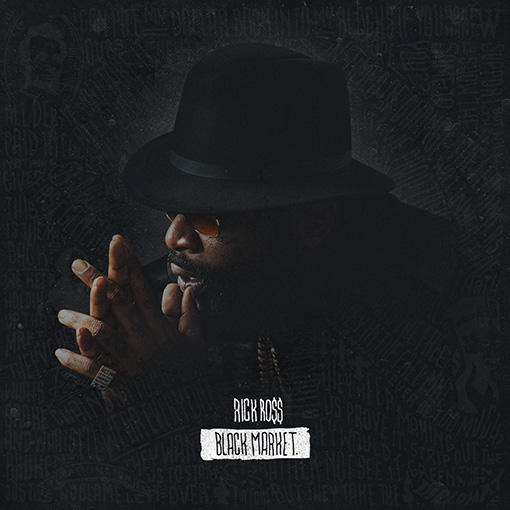 Rick Ross is back with another new freestyle today, with him hopping on Drake‘s ’30 For 30’. The freestyle comes with the release of the official artworks for his new album Black Market, dropping December 4. Above is the standard version, and below is an explanation on the album as well as the deluxe artwork.

How did you approach it differently than your past work?

You know, a lot of times I love writing in the capacity of groups of people, clubs, visions; rarely is it intimate moments where you’re just totally confined to yourself. And I did a lot of writing and I had a lot of time to do that. The music kind of came out that way.

You said that your last album, Hood Billionaire, was an album for the streets. Is there a concept for this one?

You know, this album is, I feel like, most definitely gonna be a Rozay on a higher, intellectual level, just discussing a different array of things. When you listen to records like “Foreclosure,” that’s like me sitting in a room by myself just rapping about things that’s running across my mind and things that have been bothering me. And during my incarceration, that was the type of music I created. Just in that short moment of time, I really just sat there… I’m a muthafucka that flies six million miles a year and just to halt one day, out of the blue, for three weeks? It’s just, “Woah.” There’s a lot of shit that I wrote and a lot of shit that I thought about. I came back out and scrapped a lot of music and I recorded some dope songs, but my first day home I recorded six records. So that’s why I was able to put out the Black Dollar record and have been releasing a slew of freestyles, just feeding the fans and everybody that’s been asking for that Rozay music.