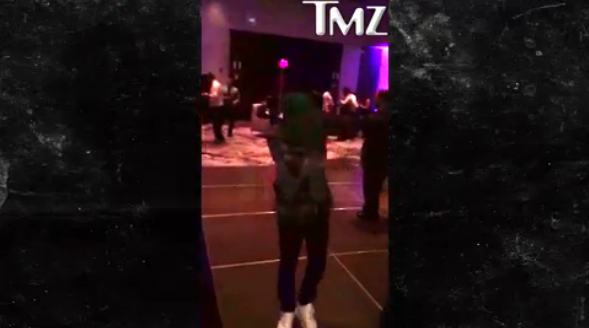 Kendrick Lamar’s a pretty fun dude when he’s not outsmarting you on a song. While at the Columbus, Ohio stop in his “Kunta Groove Sessions” tour, Kendrick and his crew crashed a wedding in the area and the footage shows Kendrick pulling off a few dabs. Also pictured is someone trying to kick them out but they were ultimately allowed to stay!