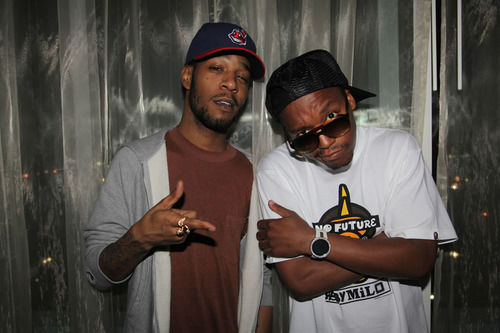 Now this isn’t the first time we’ve heard a little bit of chirping from these two parties. Back in January there was a little bit of noise when Kid Cudi chimed into a Twitter argument Azealia Banks and Lupe Fiasco were having regarding Ferguson, Missouri. Which then led to Kid Cudi disapproving of an idea Lupe had to sell verses to anyone for $500.

It’d been quiet since then but at a show recently, Lupe had some choice words for Cudi incluing “Except for Kid Cudi, because that’s not my motherf*cking buddy, and if I see him in the streets it’s getting motherf*cking ugly”.

You can watch that footage above and hopefully, this sparks a fire under Kid Cudi’s ass to start really rapping again. There’s a surplus of ink for that pen arriving at his door right now and he better sign that package.