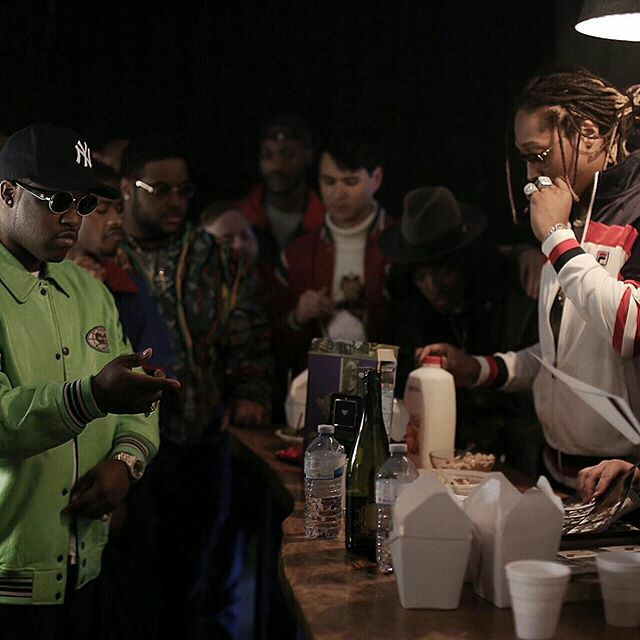 It’s been over two years since ASAP Ferg dropped his debut retail album Trap Lord, but next month, Ferg is set to drop his sophmore album. In a new interview with Billboard, Ferg revealed some features and what appears to be the lead single from the album. ‘New Levels’ featuring Future was the only track that was mentioned by name, & Ferg calls it a “huge record”. With Future on the joint, I believe Ferg. He also mentions songs with Chris Brown & Ty Dolla Sign and Skrillex, & we’re sure that there will be a few more features on the record.

Peep Ferg’s latest track, which was a tribute to ASAP Yams.

You mentioned your album is coming in January. Is that still happening?

Yeah. The album is gonna be crazy. I got a huge record with Future, it’s called “New Levels.” I promise you, this is gonna be a bomb to the world. I’m not kidding — I put my best into this album. People can say what they want after this thing is out, but trust me, it’s gonna be crazy. And I’m not just saying that because everybody says their album is crazy; this album is really gonna be crazy. Like I said, I got Chris Brown and Ty Dolla $ign on a joint, I got a crazy joint with Skrillex, this “New Levels” we’re gonna use to break the walls down for this new beginning, this new Trap Lord. I’m entering the Hood Pope now. I was the Trap Lord two years ago, I became the Hood Pope on y’all.

Are you anxious at all about this album? It’ll be two and a half years in January since you released Trap Lord.

I’m very anxious. I’m very anxious because I got a lot of non-believers out there. Even with all the things I’m doing, they haven’t heard the music or they haven’t seen me sitting at these board meetings or going to these factories, touching these fabrics, sitting with these different companies and designing my shoelaces or my shoes. They don’t see me doing all this. But now I get to unleash it with the music. And I think it’s gonna be overwhelming. People are gonna digest it whenever they get a chance to, whether it’s the music or the fashion. I think they’re gonna be listening to the music while they’re wearing my shoes and checking the laces out. There’s just so much that’ll be coming at them that it’s just gonna be overwhelming. Perfect timing, I swear it is. And you’re gonna love this album.