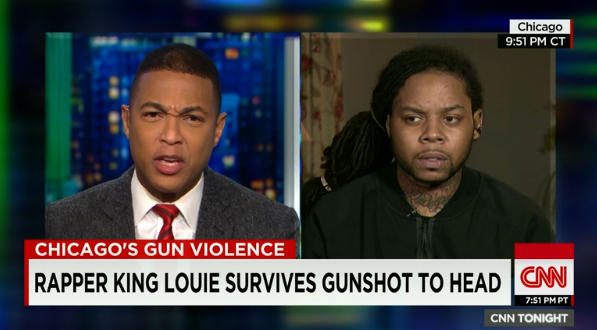 Just a few days ago, it was reported that King Louie had been shot in the head in Chicago. Thankfully, King Louie’s okay and he’s recovering remarkably quick and now he’s is on national television, in great health a little less than a week later; incredible really.

In this short interview with Don Lemon, King Louie recounts how the incident happened and he also discusses the overall gun violence in the city of Chicago and what’s going on. Watch the interview above.