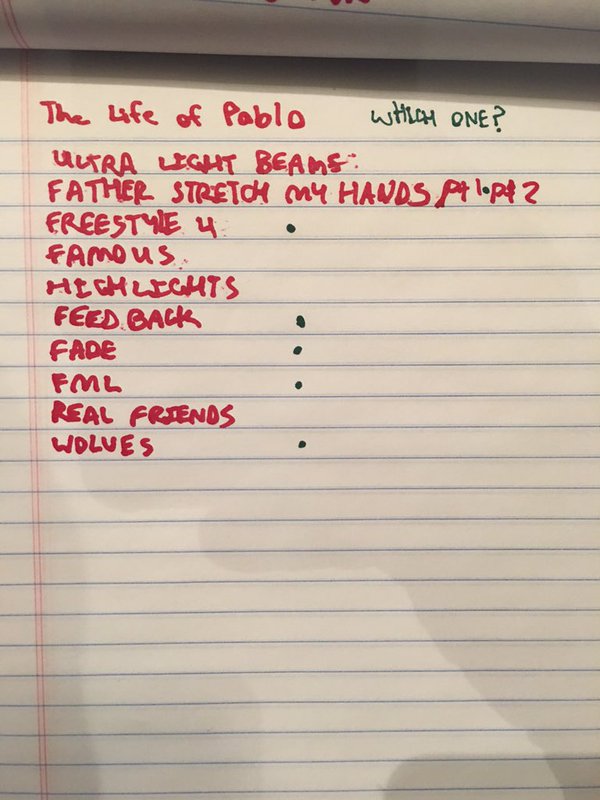 So, that “TLOP” acronym Kanye West‘s been teasing stands for The Life Of Pablo, as he confirmed in this new tweet.

Final track list for The Life Of Pablo pic.twitter.com/PMH94MAAeJ

Included was the tracklist which stands at 10 tracks and doesn’t include “No More Parties In LA“. The album premiers tomorrow at 4PM when he’ll be performing it at Madison Square Garden. It’ll also be streaming FOR FREE via Tidal at 4PM.