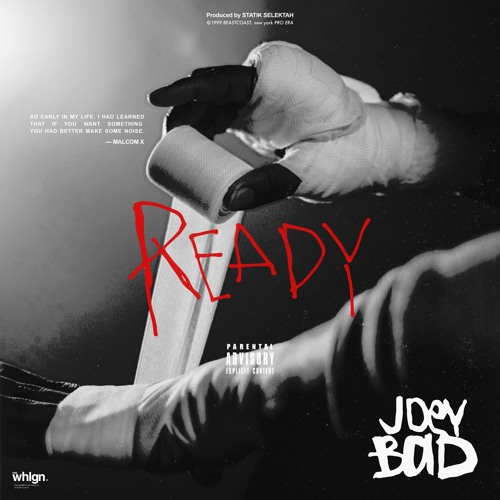 Joey Bada$$‘ “back with a vengeance” with his first new song in the form of this Statik Selektah producer jam “Ready”. It’s been a year since he released his debut album and on the loosies since, Joey has shown off his versatility and that his music isn’t contained in this “dusty” box that a lot of people have cornered him in. This new one is a mix of the new and the old. Give it a play below.

And congrats to Kirk for outselling Troy Ave.