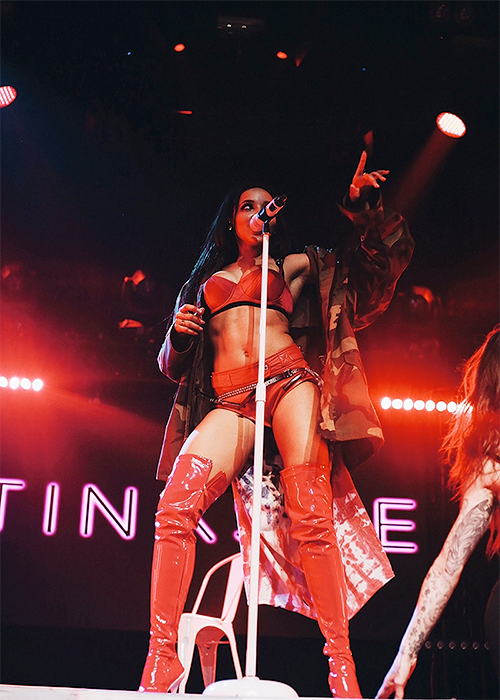 In an extremely surprising news, Tinashe has cancelled the remainder of her scheduled three month Joyride Tour after just 24 shows. The tour was scheduled to go into the end of May, but with her new album Joyride not scheduled to drop anytime soon and unexpected recording commitments coming up, it makes sense that the remainder of the tour be cancelled. It’s a shame that all of her fans won’t be able to see her on tour like they expected, but you know she will be back around. Her collaboration with Snakehips & Chance The Rapper ‘All My Friends’ was just sent out to rhythmic radio and surpassed 100M streams on Spotify last month, so she might finally have her hit to propel her Joyride album into existence. Read her statement below from her Facebook.

It is with a heavy heart that I come with the news that due to unexpected recording commitments I need to postpone my upcoming international tour. Originally, I had planned this tour in support of Joyride, and as you know, the album has yet to be released.
My two biggest loves are music and my fans, and it is never my intention to disappoint anyone. I know there has been some confusion in regards to my album’s release date. Trust me, I am as eager to get it out to you as you are to hear it. I will be wrapping up the finishing touches on Joyride by the end of May, and will be back on the road shortly thereafter to see all of you. If you know anything about me, you know this was the last thing I would ever want to do.
I know there will be a lot of questions about this. I am going to do a live Q&A on my Facebook tomorrow to answer them all. Stay tuned for more info on that.
Thank you for your love, support and patience always. It means the world to me.
xo
Tinashe