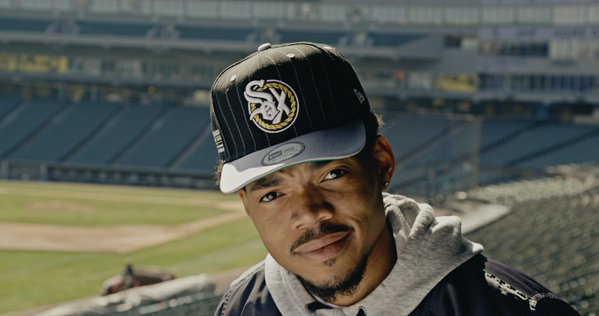 Chance The Rapper is making some major, major moves. After releasing a limited edition line of hats with the Chicago White Sox, ESPN’s Darren Rovell is reporting that the Sox & Chance are close to a deal that would make Chance the team’s club ambassador. Check into Darren’s exclusive report on the story below, and think how historic this would be for not only Chance, the 22 year old independent artist, but in terms of rappers becoming apart of a sports team. There’s Drake with the Raptors and Wale with the Wizards, but that’s it. Rappers & baseball have not gone together ever, really, and this could be the opening of another huge market.

“Brooks Boyer, the team’s senior vice president of sales and marketing, would not confirm any details of the pitch that was made to Chance, a 22-year-old Chicago native who was born Chancelor Bennett, but Boyer did spend much of the day talking about him. On Wednesday afternoon, the team revealed that Chance The Rapper designed three new White Sox hats that are limited to 2,000 and will be available at the team’s home opener Friday. Chance, who is often seen on and off stage wearing his White Sox hat, will be on hand to throw out the first pitch. He also has recorded the team’s ballpark introduction video for this season.

“For anyone over 28 years old, they’re thrilled that Frank Thomas is back with us [as a special consultant],” Boyer said. “But we want to talk to those who are even younger, to develop interest from the Hispanic and the African-American markets. Chance resonates with them.”

Over the past couple of years, Chance has risen up the hip-hop ranks with his group, The Social Experiment, while bringing his Chicago roots along for the ride. He performed on “Saturday Night Live” in December and got more publicity after being featured on Kanye West’s new album, “Life of Pablo.” Despite overtures from every major record label, Chance has stayed independent, which makes it easier for him to make decisions and collaborate without any contractual ties. Despite his meteoric rise, Chance is still very much in love with Chicago. He grew up on the South Side, and his father, Ken Bennett, is the deputy chief of staff to Mayor Rahm Emanuel.

“Sports and pop culture are mixing together all the time,” Boyer said. “It doesn’t have to be by accident.”

The White Sox’s involvement with Chance comes after five straight seasons of being in the bottom third of Major League Baseball attendance, whereas the crosstown rival Cubs are among the hottest teams in baseball. Teams have rarely paid to give celebrities club ambassador status. The only other team that financially compensates a celebrity to be a team cheerleader of sorts is the Toronto Raptors, who have had a formal relationship with Drake for two and a half years.”