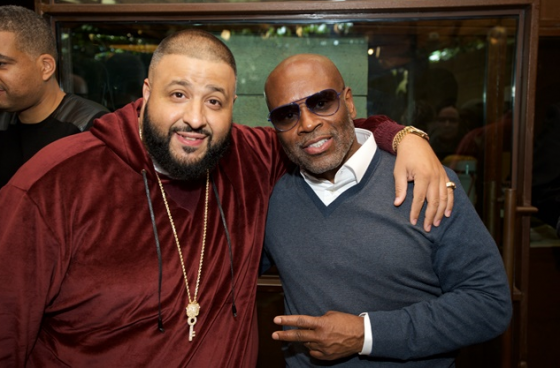 DJ Khaled announces Major Key album and a partnership with EPIC Records & his We The Best imprint today after promising a big announcement was on the way. Khaled has seen an astronomical rise over the past few months thanks to his Snapchat, and he’s capitalizing by signing major deals with major players. Khaled released his eight studio album I Changed A Lot last year, which had an average performance despite being filled with hits. Today, Southside revealed Khaled has a new single with JAY Z & Future on the way, which may be the lead single from his new album. Stay tuned.

#fanluv BREAKING NEWS:
It’s WeTheBest/Epic. My new album #MAJORKEY is coming!??? After weeks of consideration I have made a decision on where to land the biggest brand in the game. A brand that has been built from the ground up. A brand that I have spent my entire life building even before I have it a name. Today I proudly announce my new partnership with La Reid and Epic Records. We The Best Music/Epic. Those two brands are synonymous with quality music. Iconic music. La Reid was the 1st executive to give We The Best Music an opportunity to distribute my music on a grand scale. It is a very satisfying feeling to re align myself with someone who shares my vision of bringing you the fans the best music possible. When I think about Epic Records the first thing that comes to mind is Michael Jackson “Thriller”. An iconic artist with and iconic album and iconic logo. In short I’d like to thank all the people behind the scenes that helped make this partnership a reality. And to all aspiring superstars across the globe I say this I AM SEARCHING FOR NEW TALENT TO PRESENT TO THE WORLD! When it comes to breaking new artists, no one does it better than WE THE BEST MUSIC!! I’m also proud to announce my new album title to the world. Fan luv you’ve been asking me to bless you with new music. The wait is over!!! My 9th album “Major Key” is the best album of my career and I do it all for you!!! Stay tuned for new singles alert!!! New artist alert!!!! I’m looking for you!!! It’s We The Best Music/Epic. The next chapter of success has begun. The “machine” is the most powerful it’s ever been! Intact it’s the biggest machine in the game. Don’t ever question it!!!! It’s We The Best Music. It’s Epic. Bless up!!! @wethebestmusic @epicrecords ???? @la_reid