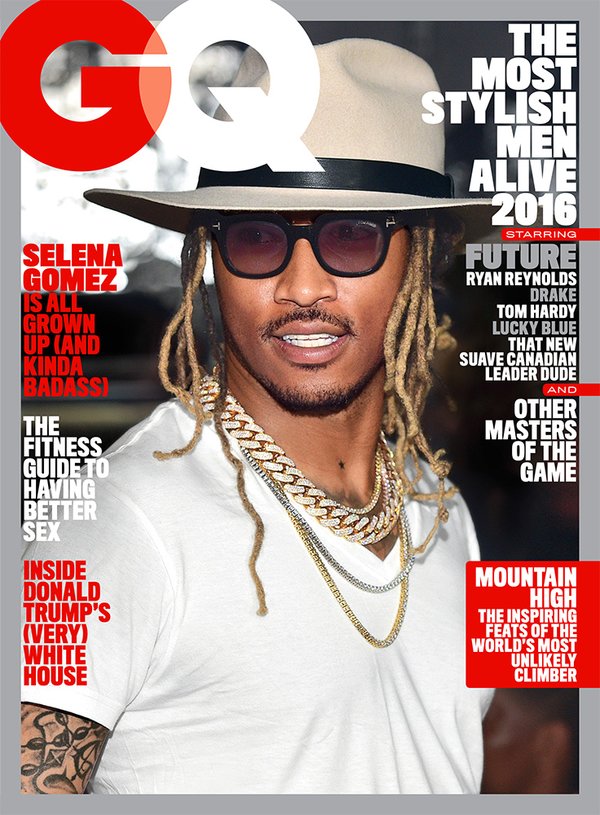 “Wide-brimmed hats are to the slurring, swerving Atlanta rapper born Nayvadius Wilburn what white suits are to Tom Wolfe: an instantly recognizable daily uniform. Look closely at these three and you’ll notice they’re all the same basic style. They’ve got the teardrop crown of a traditional fedora, and the brims have an Outback flair. “They were definitely considered an old guy’s hat until Future started wearing them,” says Marc Williamson, proprietor of FlameKeepers Hat Club in Harlem. “Now we get plenty of calls from guys wanting the ‘Future hat.’ ” That’s because context is everything. Future wears his geezer hats like a hipster, turning them into streetwear. “It’s a look that’s enhanced by just a leather jacket or a T-shirt,” Williamson says. “And that’s how Future gets down.”

How @Drake became one of the most stylish men on the planet https://t.co/cM6AJIaFBs pic.twitter.com/GS95ewbuF3