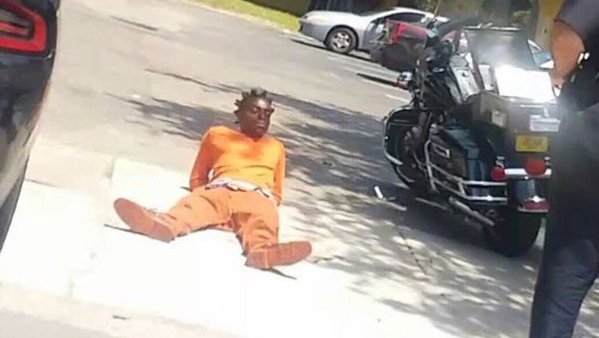 Kodak Black was arrested earlier today in Miami. Video has surfaced of the arrest happening, which is available below. The new Atlantic Records artist seems to always have his name in the news or on social media lately, as the artist recently claimed he was better than Tupac & Biggie and he has also been turned into a meme. View the artist happening below.

EDIT: This is pretty serious. The 18 year old arrest was arrested for possession of weapons by a convicted felon, along with marijuana possession. He was also charged with four counts of fleeing from Law Enforcement and three disobeying traffic devices. Kodak is already a felon, so these nine charges against him could be deadly. He was released on bond and you can see his mugshot.