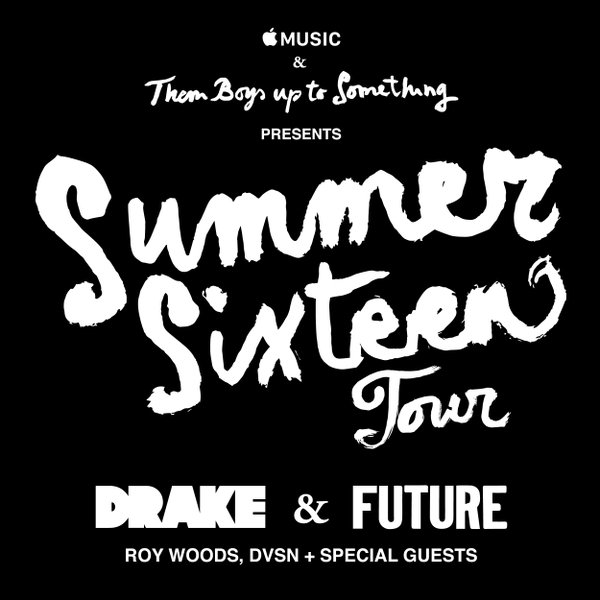 We got What A Time To Be Alive, a collaboration project from two of rap’s heavyweights Drake and Future late last year and now this summer, they’ve got plans for a full nationwide tour together. I’ll be updating this shortly with all the dates but this one date in Detroit confirms it all. Get ready, because the Summer Sixteen Tour is about to take over the summer.

Drake‘s new studio album Views From The 6 is set to impact on April 29, while Future has hinted at another project releasing this summer with DJ Khaled. The release will be his third of the year following his Purple Reign mixtape and his Apple Music exclusive EVOL.

UPDATE: Without further ado, here’s the official tour dates for the Summer Sixteen tour with Drake & Future, featuring openers dvsn, Roy Woods and other special guests! The tour starts on July 20 in Austin, Texas and ends on September 17 in Vancouver. Tickets go on sale Friday and be sure to check out the full lineup of dates just below this.