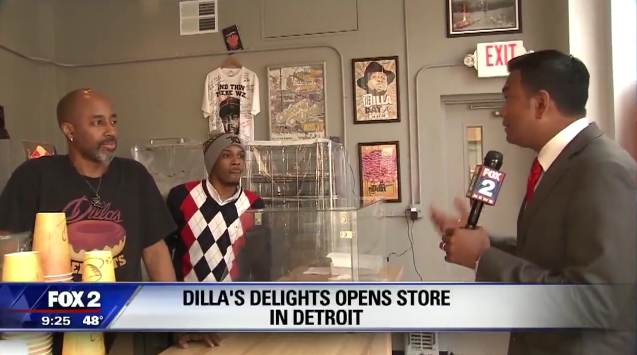 This almost feels long overdue but it’s been ten years since the passing of beloved producer and genius J Dilla as well as ten years since his seminal album Donuts was released from his deathbed. The term Donuts has become synonymous with J Dilla so opening a donut shop in Detroit, named after the legend was necessary. The family venture was opened by Jay Dee‘s uncle Herman Hayes.

If you’re a resident or you just want to visit, it’s located at 242 John R Street