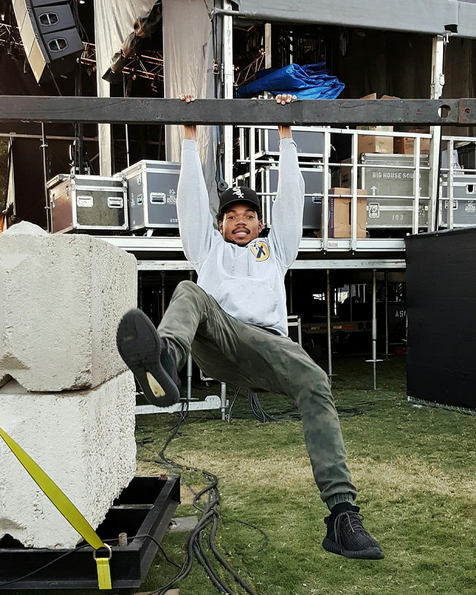 Starting at next year’s Grammy Awards, streaming-only releases will be eligible to be nominated for awards. Thank Chance The Rapper partially for this.

Projects that are just uploaded to Audiomack, Datpiff, LiveMixtapes, Soundcloud, etc. will not apply towards these new streaming rules. According to the Recording Academy: “Applicable streaming services are paid subscription, full catalogue, on-demand streaming/limited download platforms that have existed as such within the United States for at least one full year as of the submission deadline.”

Chance The Rapper is sure to be happy about this. He released his new album Coloring Book on streaming platforms only and that album will now be eligible for Grammy awards. Even Kanye West‘s The Life of Pablo, which is not available for download, will be considered in this. (Note: Kanye did sell pre-orders to the album with tickets to his Yeezy Season 3 event & the album was available for purchase for a short time on TIDAL).

Other changes include: “Amending the Best New Artist guidelines; branching the Best Blues Album category into two distinct categories: Best Traditional Blues Album and Best Contemporary Blues Album; redefining and changing the name of the Best Rap/Sung Collaboration category to Best Rap/Sung Performance; amending the number and type of music creators recognized in the categories of Best Choral Performance and Best Jazz Vocal Album; procedural updates to the process of populating nominations committees; and decreasing the number of categories in which Academy members may vote from 20 to 15, plus the four General Field categories (Record Of The Year, Album Of The Year, Song Of The Year, and Best New Artist).”

Read a statement from The Recording Academy below, along with a tweet from Chance about the situation.

The victory this morning isn't about me, it's about all the Soundcloud albums that may now be recognized for excellence.

“The GRAMMYs aren’t just peer-awarded, they’re peer-driven,” said Bill Freimuth, Senior Vice President of Awards for The Recording Academy. “Throughout the year, members of the music community come to us asking to make changes to the Awards process, and we work with them to figure out how those changes might work. I’m proud of this year’s changes because they’re a testament to the artists, producers and writers — the people who rolled up their sleeves to shape the proposals and, in turn, the future of the GRAMMYs. It’s exactly what they should be doing. It’s their award.”