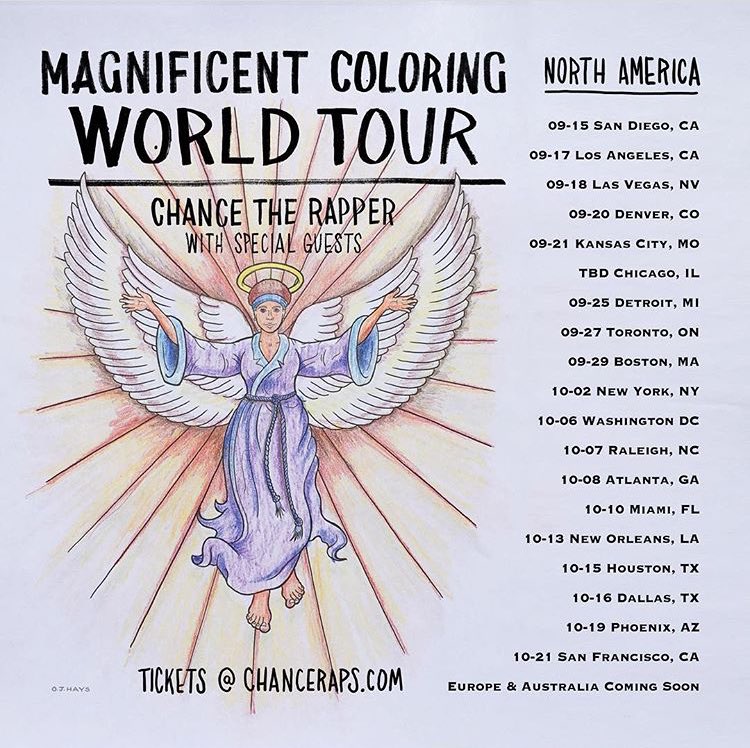 Chance The Rapper‘s 2016 tour has just been announced, as Chance drops the dates for his ‘Magnificent Coloring World Tour’ today.

The tour is set to start in the middle of September and go into the middle of October for the US run and it appears that European dates as going to be released soon. Chance puts on one of the best shows that money can pay for, so definitely get your tickets at ChanceRaps.com immediately.