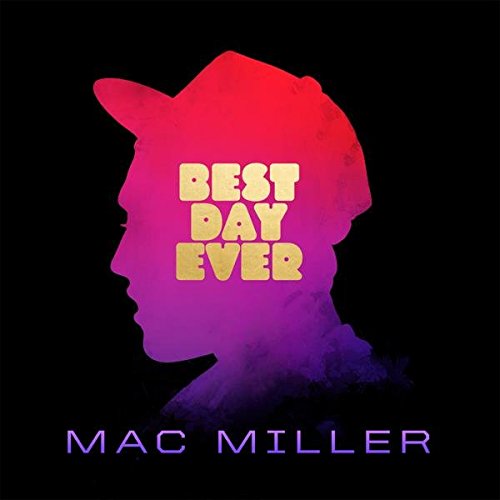 Five years is a lifetime in hip hop. In those five years you can be the most famous rapper around and then become an afterthought. You can also in those five years go from a bubbling rapper who was just starting to get love on the blogs due to an incredible debut mixtape (K.I.D.S.) to one of the most successful rappers of the past five years. The latter is the case for one Mac Miller. Here we are at the five year anniversary of Mac Miller’s mixtape Best Day Ever, which set the table and plate for Mac to later drop his debut album Blue Slide Park. Blue Slide Park would debut as the first truly independent album at the top of The Billboard Top 200 in its first week since 1995. However, none of that success would have been possible without Mac setting the table and helping erase some of the doubt about him with, what some call a classic tape, Best Day Ever.

The tape features production from some of raps heavyweights in the form of I.D. Labs, Chuck Inglish and Just Blaze to name a few. Mac carried his own on the tape and showed many that he wasn’t just able to catch lightning in pan with K.I.D.S.. At no point does he ever feel out of place or over powered on any production with is a testament to Mac’s rapping ability. The tape is carried by the now infamous “Donald Trump”. It’s kind of fitting how Mac said “We gonna take over the world on my Donald Trump shit” five years ago and now it may happen. Between the actual Donald flip flopping his stance on Mac Miller and the song and the threat of lawsuits it only help make the song the biggest hit of Mac’s career at that point and it still remains one of the biggest hits of his career.

Another highlight from the tape is “Wear My Hat’. Every guy that has ever been in a relationship can relate to that song for the simple fact that their girl is always trying to steal their hat and show it off (and then end up losing it.). It’s a special ode and relationship song that doesn’t come off cheesy like one would think coming from Mac Miller at that time in his career.

This mixtape showed that Mac Miller was capable of putting together consecutively good releases and grow from one release to the other. It showed to us, at that time, that he had staying power and was going to be a player in the rap game for a while. That he was able create and craft another solid body of work this time with expectations and eyes on him. Listening back to the project five years later, it still sounds as fresh as it did then and the highlights such as “I’ll Be There”, “Donald Trump”, and “Wear My Hat” are just as good now and can easily set up shop in the top of the streaming charts if they were to be pushed again.

Very solid cohesive tape. It does suffer from getting in it’s on way at times but it accomplished it’s goal of erasing doubt about Mac and setting the table for Blue Slide Park whether it’s production or subject matter.