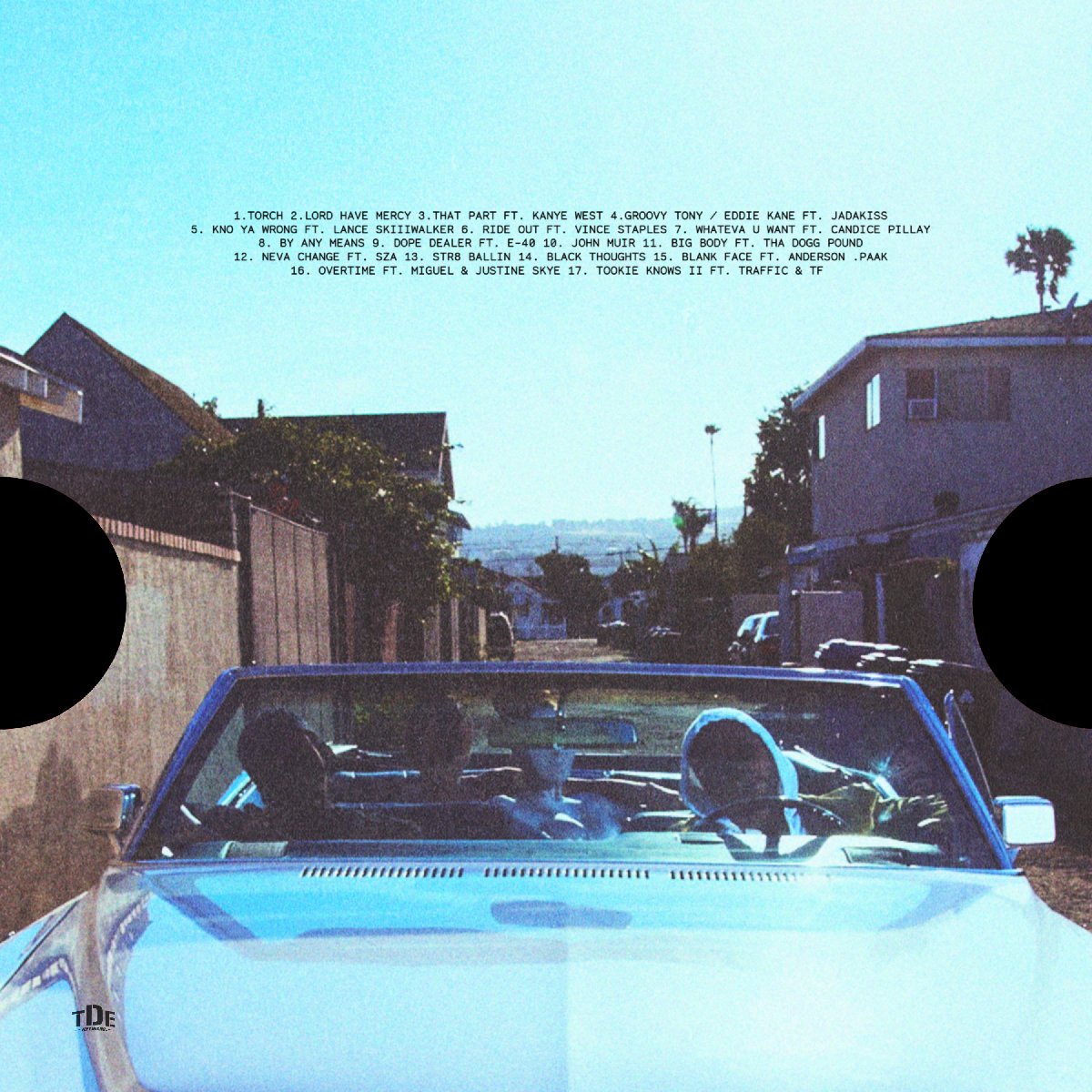 Schoolboy Q just took to Twitter to unveil the back cover to his new album Blank Face. Standing at 17 tracks, it boasts features from the likes of Anderson .Paak, Jadakiss, SZA, Vince Staples, Kanye West, Miguel and more.

The album goes up on iTunes tonight for pre-order and there’s also a chance that another single is packed in with that pre-order package. The album drops July 8th.

5. Kno Ya Wrong (feat. Lance Skiiiwalker) (prod. by The Alchemist)