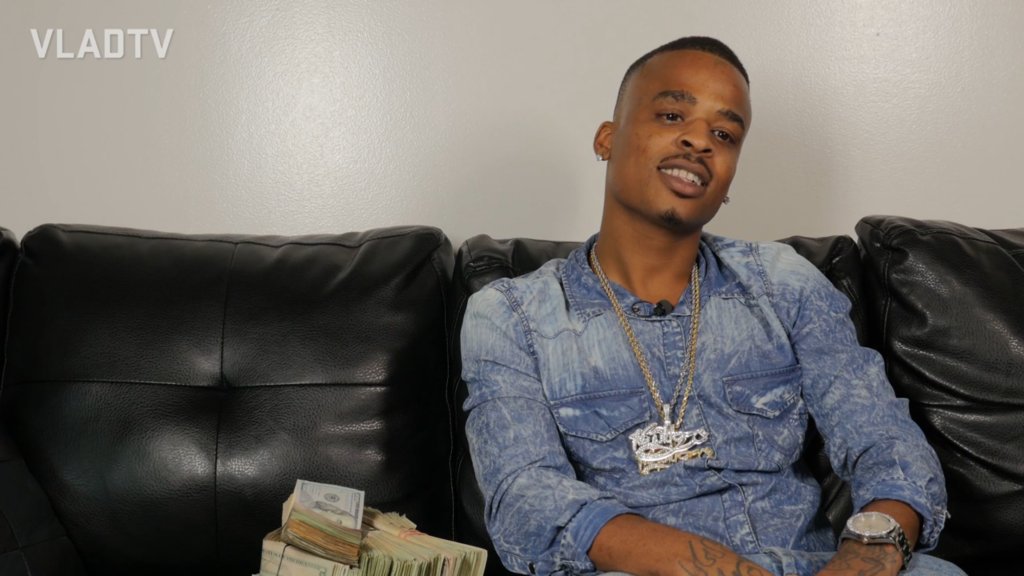 As we all know, Bankroll Fresh was murdered earlier this year at an Atlanta studio and we have some new information on the shooting.

Bankroll’s friend No Plug gave an interview to DJ Vlad where he describes killing Bankroll Fresh as self-defense. Plug claims that Bankroll approached him with a gun twice and fired shots at him, which is when he retaliated. After he found out that Bankroll had died, he hired Gucci Mane‘s lawyer and turned himself in. Video evidence matched up with his story and he was let off for all charges for self-defense. As Plug put it: “I was never on no hatred s**t, he caused the situation to happen.”

Bankroll and Plug had been friends since they were about 10. In 2015, a small feud was brewing due to jealousy and both of them messing with the same woman. In 2015, Bankroll attempted to run a turkey drive in Atlanta’s 9th ward and was apparently ran out of the area.

On the night of Bankroll’s death, Plug reveals that Bankroll confronted him as to why he did not stand up for him in the 9th ward. This led to an altercation, which was broken up and had Plug leaving the area. Plug came back to look for phones that had fell out of his pocket. That is when Bankroll and his team came out with guns and the following happened.

“He came out with the gun and s**t happened. He fired a shot and s**t happened. We pulled out and he ended up dead. It’s that simple.” After getting the call that Fresh had died, No Plug says he retained the services of Gucci Mane’s lawyer and turned himself into the police, where he was interrogated for about ten minutes time. “He approached me twice with a gun. The first time, when he came down and he had the gun before it fell. The second time, when he came out with the stick,” he recalls.”

It’s a damn shame that something that simple could cause us to lose such a dope artist. Watch the full interview below.

Jeezy – All There (ft. Bankroll Fresh)