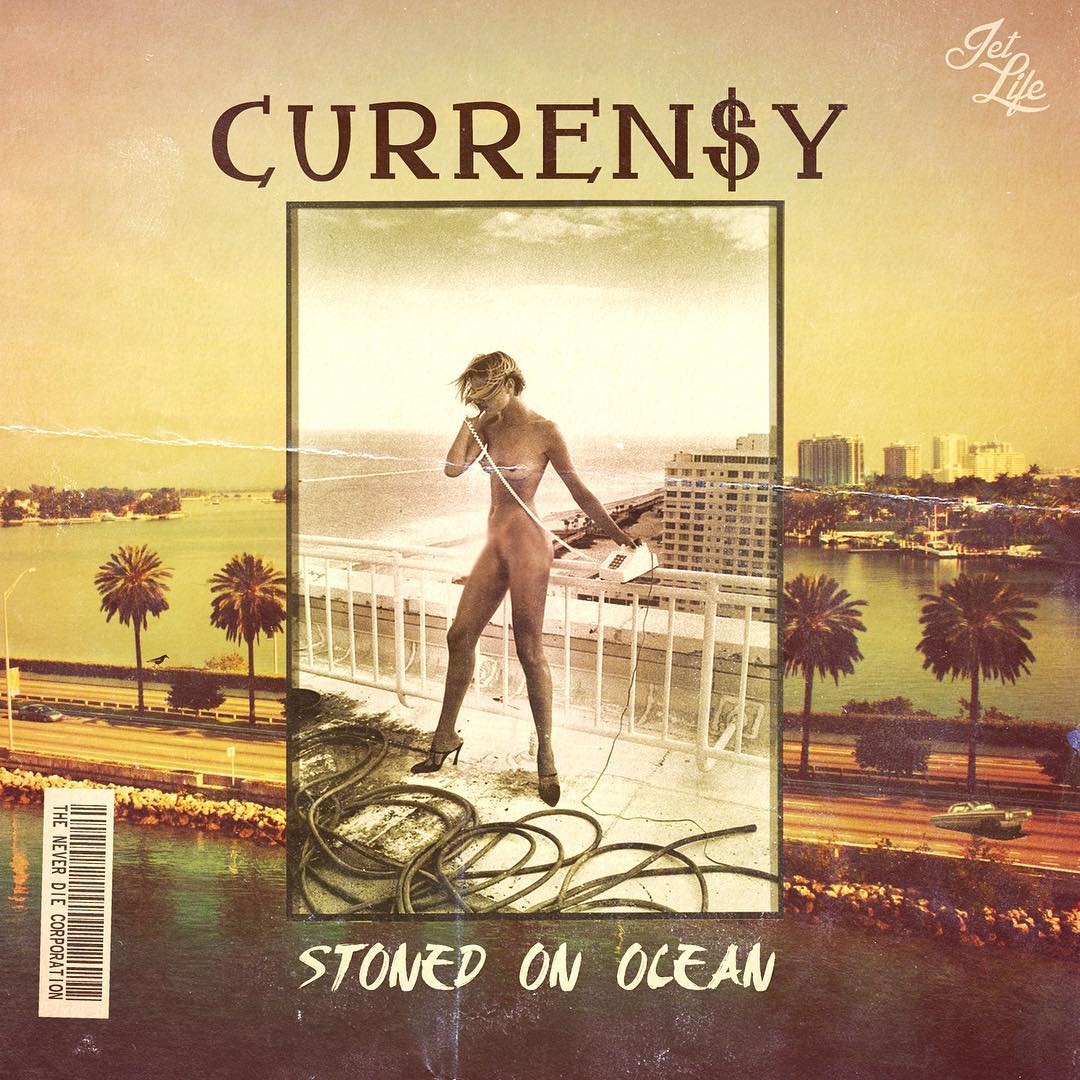 We all know the saying that consistency kills. That it pays to be consistent. That the only way you’ll ever achieve anything is to be consistent at it. To always work on your craft. It’s safe to say that Currensy was taught that listen as a youngin and never forgot it. Spitta has released his seventh project in as many months in the form of Stoned On Ocean.

Stoned on Ocean is a refreshing take on the sound that Spitta has established over the past few years. With Cool n Dre providing the backdrop for this seven track offering, Spitta does what he does best. On the opener “Anything” – Spitta and his trademark flow wax over a smooth soulfully sampled beat. It also provides a look at one of the times where Spitta was silent on the music front and was tempted to quit rapping until Mos Def emailed him and told him to push on and that he’s still watching.

There’s a lot to be said that when after a decade of being in the rap game and having only a specific subject matter that an artist can continue to not only put out quality music with that subject matter but to be able to do it back to back month after month is a testament to the skill and ability of Currensy. So just sit back and enjoy getting Stoned On Ocean with Spitta.

Currensy continues his streak of quality releases with very little effort. Another solid piece of work.