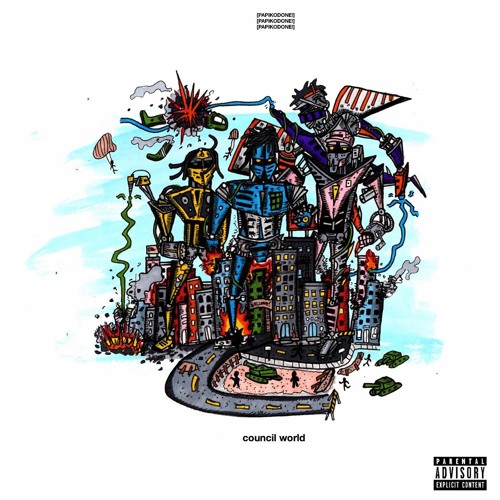 Divine Council is certainly a new name to a lot of people but I think they’re worth your attention. The enigmatic group hails from Virginia (except for ICYTWAT who’s from Chicago) and underneath a lot of people’s field of vision, they’ve garnered quite a dedicated base of fans and even received cosigns from Andre 3000 and Erykah Badu.

The crew recently fell under the wing of notable industry figure L.A. Reid and he signed them over to Epic Records. With all that pressure being put on the group from a lot of BIG names, can they live up to the hype and expectations? Well their first officially release as a part of Epic is the Council World EP, which is available now. Stream the entire thing below.