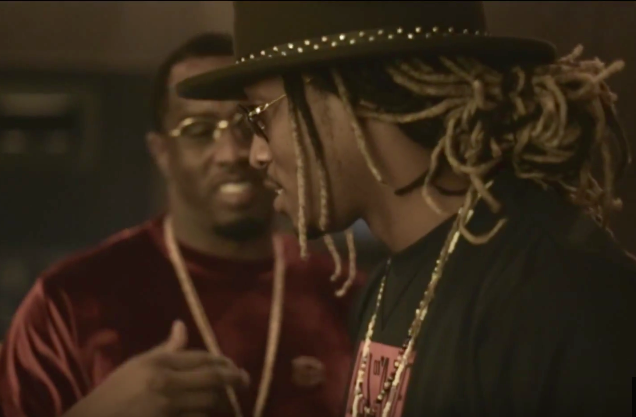 It seems like a beef is brewing. Future & Diddy have worked together in the past but a new video has surfaced with Future calling Diddy an old ass bitch.

A short video hit the web which appears to be recorded while on a private plane. Future says “You got motherfuckin Ciroc… damn we got all this liquor.. and ya’ll want Diddy to come to my room and this n*gga ain’t even brought no Ciroc! I don’t want this n*gga around me… HE AN OLD ASS BITCH!”

This sure seems to have come from nowhere. Future appeared on Diddy‘s latest album MMM on the title track. Diddy also made appearances on the remixes of Future‘s tracks ‘Same Damn Time’ & ‘Sh!t.’ Up until this point, there did not seem to be any problems between the two artists.

Diddy recently got into a beef with Drake. Drake was reportedly hospitalized after a fight with Puff, which all stemmed from Drake apparently jacking the ‘0 to 100’ beat from Diddy. The two eventually made up, as Diddy was spotted at Drake & Future‘s Summer Sixteen tour earlier this week… which makes this beef even more strange.

We’re not sure what’s worse about this: Future saying this or somebody from his camp leaking the video. It’s fine for Future to feel this way about Diddy. The fact the video leaked is no good. We will definitely keep you guys updated on where this goes. View the video below which features audio from the conversation.