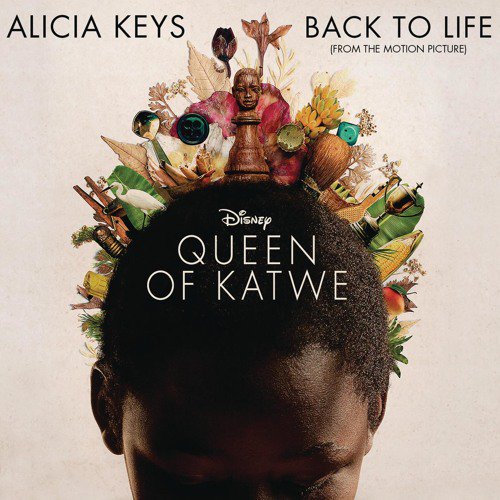 Alicia Keys takes a break from getting her new album ready to release her new track ‘Back To Life.’ The song serves as the theme to Queen of Katwe – a new Disney movie.

The movie hits theaters on September 30th. Read Alicia’s words on the movie and the song below along with streaming the song and watching the trailer.

“Queen of Katwe moved me in every way. The film beautifully depicts Uganda with such honest attention to detail—the colors, the sounds, the people—all vividly brought to life. But most soulfully, it’s the story of this fearless, brilliant girl Phiona who embodies the message that the rise to success first begins with opportunity, and the belief you have in yourself to pursue something bigger.” “The song ‘Back To Life’ that I wrote for this film alongside collaborators Illangelo and Billy Walsh, is about pushing past that little voice of doubt in our heads so we can instead, electrify the world. When we allow women to find and express their power and potential, the world changes for the better. I encourage people to see this film, be moved by Phiona’s story and then go back into their own communities and encourage a girl who will rise like a flower that breaks through the concrete to see the sun!”