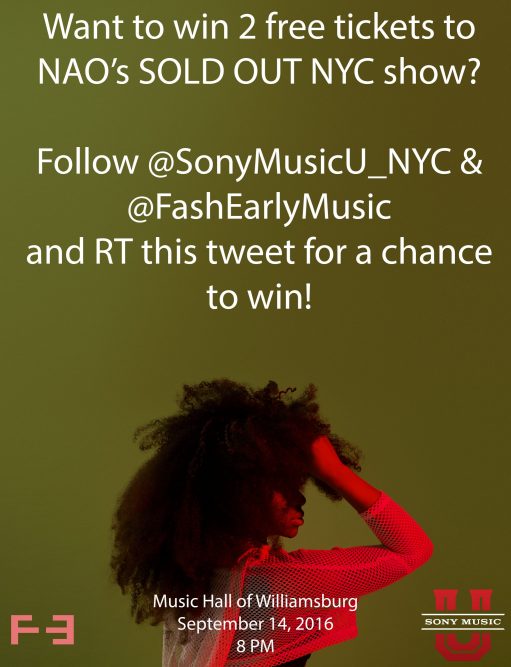 NEW YORK STAND UP! We’ve got an opportunity for you to see NAO live in concert on September 14th. She’ll be performing at the Music Hall Of Williamsburg to a sold out crowd. In fact, the show’s been sold out for months and this is the only chance you’ll get the see the show if you weren’t able to grab tickets.

NAO is touring her debut album For All We Know, an album which has been wildly successful globally and includes the hit songs “Bad Blood” and “Fool To Love”.

What you need to do to win these tickets is very simple. Follow the steps below and you’ll be entered to win the pair of tickets! We’ll direct message the winner of the contest on Twitter at the end of this week. Good luck!