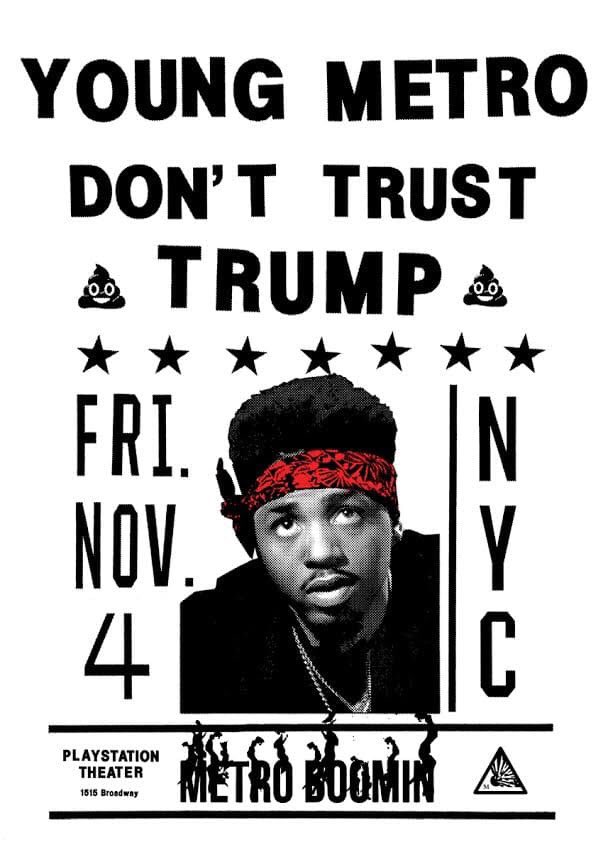 Elections are around the corner and the race is really about to heat up once the first presidential debate is held on September 26th. If I had to pick one choice word to describe this race thus far, it’d be “sh*tshow”. Neither candidate is overly appealing to a lot of voters, including myself but it’s like choosing between a douche and a turd or the better of two evils.

A few days before election day, on November 8th, Metro Boomin will be having a show in New York at the Playstation Theater. Sure, the show is sort of an anti-Trump function but it’s for a greater cause than just that. Metro will be donating the proceeds to a yearly scholarship fund that sends graduating seniors from the St. Louis area to Morehouse College.