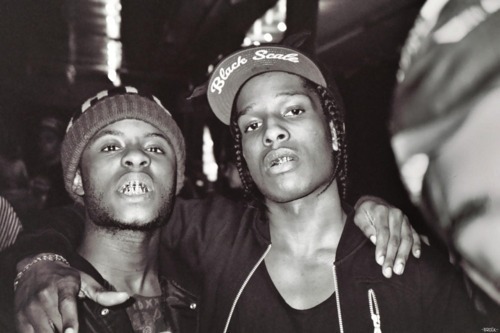 No, this isn’t an unreleased song from 2011 and your not currently stuck in a flashback. The two cloud rap pioneers A$AP Rocky & SpaceGhostPurrp have reunited after their well documented beef. SpaceGhostPurrp is more of an enigma these days firstly because his quality of music dropped off and secondly because he kind of went off the deep end.

Now today SpaceGhostPurrp uploaded a new song to Soundcloud titled “R.I.P. Yams” which features A$AP Rocky. Facts are murky on how new this song is but it seems to be pretty current. It is possible that Purp had a Rocky verse laying around that he added to this track but it is possible that they actually reunited to some degree. We’ll update this once more info is dug up but for now enjoy this new track that is a bittersweet reminder of some of the tunes these two could have cooked up had they never split.