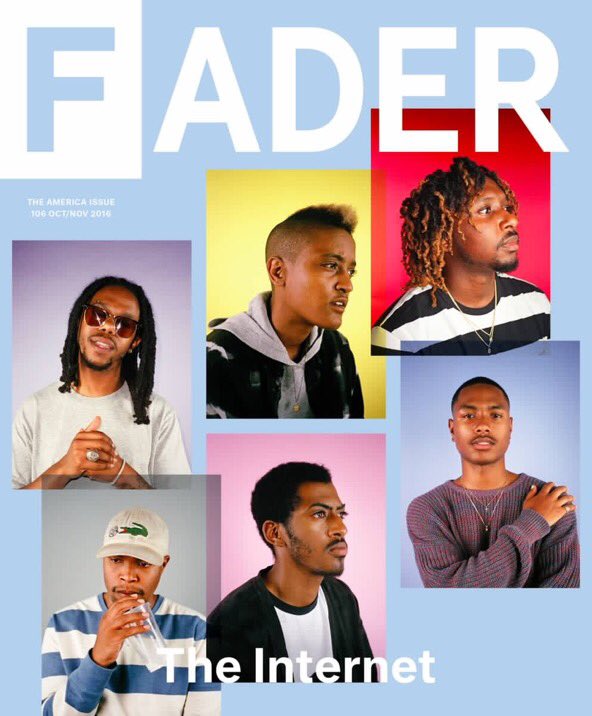 At the top of 2017, you can expect The Internet to release their fourth studio album.

The group is one of the cover artists for The Fader’s latest issue and the news was reported in their cover story. We have no other information on the album other then the recording process. Matt Martians says they will record this new album the same way they recorded Ego Death: “We’re gonna get in a room with some instruments and we’re gonna make shit and come up with mad grooves and record ‘em.”

Syd and Matt are also scheduled to release solo albums this year, while other members Steve Lacy, Jameel Bruner, Patrick Paige II, and Chris Smith are also planning on releasing their own solo music. This doesn’t mean the group is done working together, so don’t sweat.