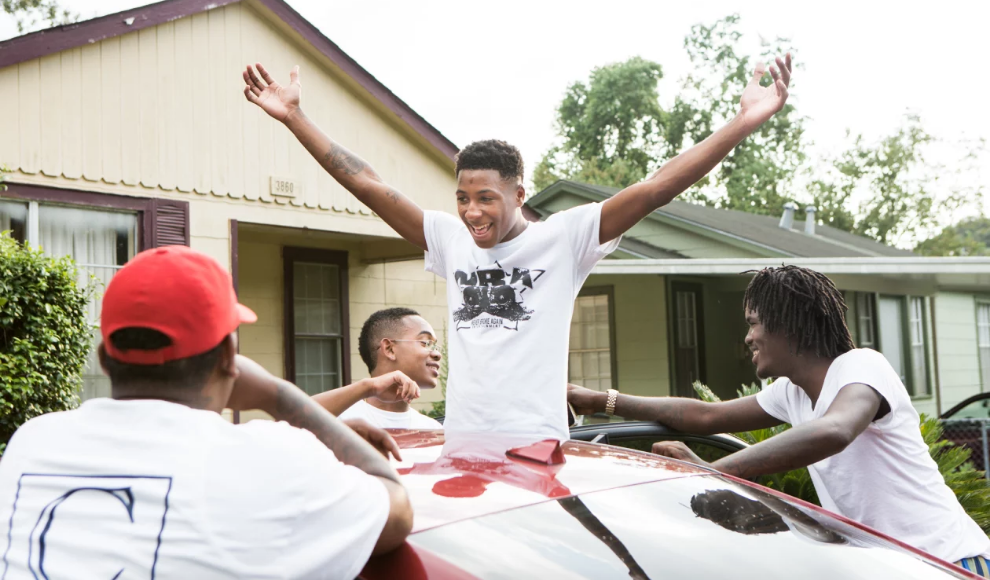 I’ve got to give a lot of credit to The Fader‘s recent article on NBA Youngboy for jogging my memory on this kid.

I remember listening to a song of his based on a recommendation a few months back, it was cool but I wasn’t blown away just yet. I was intrigued by the potential, especially in his voice and flow for a 16-year-old kid. His face remains battered by scars from a wrestling accident from when he was four-years-old, which left him with a broken neck. Then, he was raised by his grandmother but just a few years ago she passed away, leaving him to raise himself.

He’s had a tough upbringing but he’s got a gift in his raps, a rap sound that harkens back to many southern greats that came before him including Gucci Mane, Boosie & Lil Wayne. What’s most promising is how polished and how comfortable he sounds on the mic at the tender age of 16. Expect to hear more from him soon but for now songs like “38 Baby” and “Murder” are very bumpable.