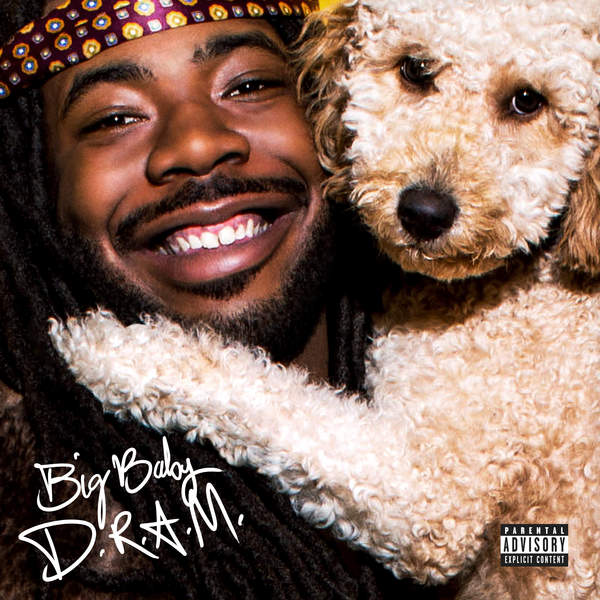 D.R.A.M.’s debut album Big Baby D.R.A.M. is now available for download and streaming on all digital platforms. The album is led by the double platinum single ‘Broccoli.’

It’s been a long time coming for the Virginia native. With ‘Cha Cha’ – he seamlessly went from a Soundcloud artist to something much bigger. A Beyonce cosign, deal with Atlantic Records, and his various releases leading up to ‘Broccoli’ sure helped propel the process. Features on the album come from Young Thug, Erykah Badu, & Lil Yachty (of course). This is shaping up to be one of the most eclectic albums of the year.

Stream or download Big Baby D.R.A.M. below. You can also check out an excerpt from a recent GQ article, where D.R.A.M. talks about the album.

I don’t quite know how to describe your album. It’s not really hip-hop, but I don’t know if it’s R&B—
It’s funk. All right, so P-Funk is one of the major influences on what I do. ‘Cause their sound varies from so many different things. They blend so many influences into an original way. That’s what I like to do. The popular songs which you’re gonna hear gravitate to simplistic, but that’s not the entire scope D.R.A.M. has to offer, know what I’m saying? That’s the trappy-go-lucky, that’s what we know will sell, that’s what lifts up the spirits, that’s what gets the party started. But there’s a time and place for everything, What the project has done is given you a natural feel of day and night, day to night and back to day.
How do you want people to feel about this album?
“Damn, this nigga’s a real artist. He gave us a real solid body of work. With hits, with vibes, with profundity, with simplicity, all in one.”