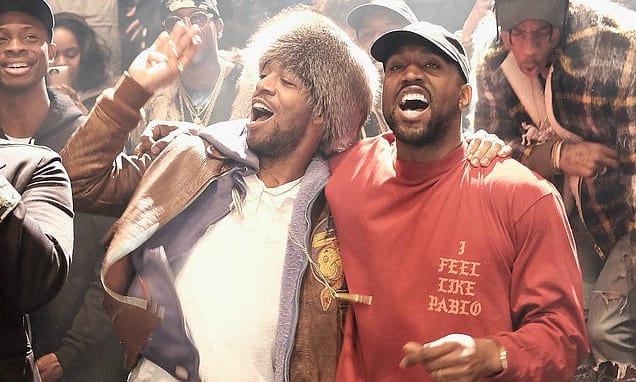 @TeamKanyeDaily this was my favorite part of the show!! @KidCudi we love you.???? @kanyewest pic.twitter.com/65nX8lVR1F

The drama began, or at least began in the eye of the public when Kid Cudi made a couple choice tweets about how rappers like Drake and Kid Cudi lose respect for how many writers they have work on songs for them. Both rappers were upset but Kanye was like a big brother to Cudi in the music game and Kanye voiced how upset he was at Cudi and what he said.

Over the past couple of days Drake has been getting heat for making a response to Cudi on his new song “Two Birds One Stone” The reason Drake‘s taking heat is because Cudi is having some problems of his own after he checked himself into a rehab facility for suicidal urges and depression.

While at his Saint Pablo stop in Los Angeles last night Kanye led the crowd in an extended version of the chorus to “Father Stretch My Hands Pt. 1”. Kanye acknowledged the things Cudi’s been going through and he essentially squashed the petty little beef the two had begun by saying, “let’s sing this one time for Cudi. Cudi in rehab right now but he got a number 1 song on the radio. I want you to sing so he can hear it.”

Check out the uplifting moment above and hopefully it’ll make you as happy as it makes me to see such a touching moment unfold.