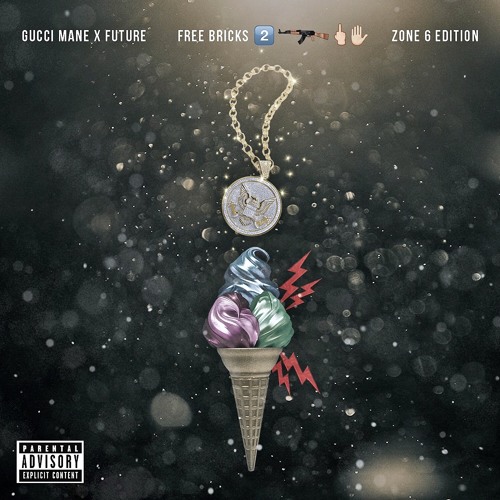 Gucci Mane will be releasing his third album since being released from prison – The Return of East Atlanta Santa – on December 2016 but before that, we get to enjoy a new collaborative mixtape with Future. This is a followup to their collaborative tape from 2011. A lot has changed since then, to say the least.

In fact, this whole 6-track project was created yesterday. Gucci called Miss Info today and explained how two of the biggest stars in rap managed to catch everyone by surprise:

“Last night, me and Future met up in Atlanta. We ditched our entourages, we didn’t book my usual studio, or his usual studio…it’s like we knew we wanted to fly under the radar,” says Gucci. “There was like this positive competition in the room. I’d hear him go in on a verse, and I knew I had to step up.”

He continues: “He would say, the same back, and we knocked out 6 songs so crazy that I knew we couldn’t just sit on it. We talked about recording some more, adding more songs. But I didn’t want to over think it or over plan things. Even Future didn’t think we were dropping this tonight. This is the freshest it can get. These joints ain’t even 24 hours old. That’s like bringing you in the studio with us.” via Miss Info.