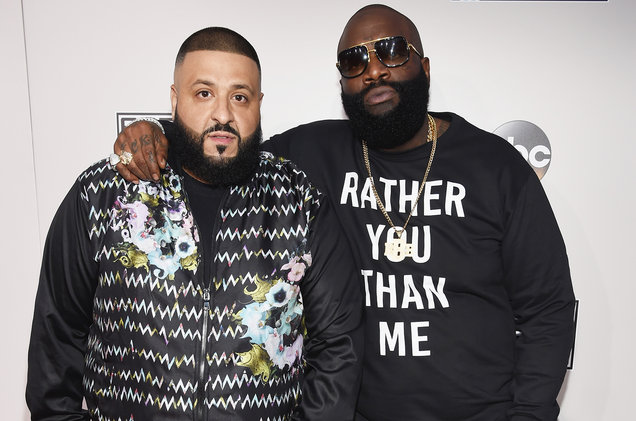 Rick Ross just released his new single ‘Buy Back The Block’ featuring 2 Chainz & Gucci Mane, and tonight he announced his new album on the red carpet at the AMAs. Rozay is wearing a shirt with the words Rather You Than Me on it and Khaled confirmed during an interview that the phrase was the MMG leader’s new album title. This album will be Ross’ first under his new deal with EPIC Records and his ninth solo album in his career. After finishing his contract at Def Jam with modest sales, Rozay & EPIC will likely look for another huge boom in Ross’ storied career with this album.