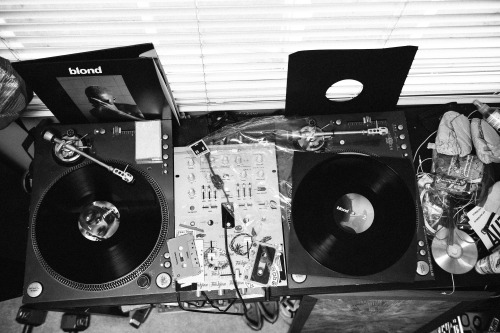 Frank Ocean independently released his long-awaited album Blonde earlier this year to raving reviews from critics and fans. To date, the album has only been available on digital platforms but that looks like it will be changing soon. Frank shared on his Tumblr a picture of the vinyl for Blonde. The caption for the picture says “XL” – which leads us to believe that XL Recordings may be distributing the physicals for the album. XL has previously worked with Frank’s buddy Tyler The Creator and boost a massive roster that is led by Adele. It would make a whole lot of sense for that partnership to happen.

Stay strapped for more information in the near future. Hopefully, we can get the vinyl before Christmas so Santa can stock our stockings with a copy.

EDIT: For 24 hours, you can purchase the CD and vinyl for Blonde, along with other products like t-shirts, posters, and air freshers. Hurry and grab one.