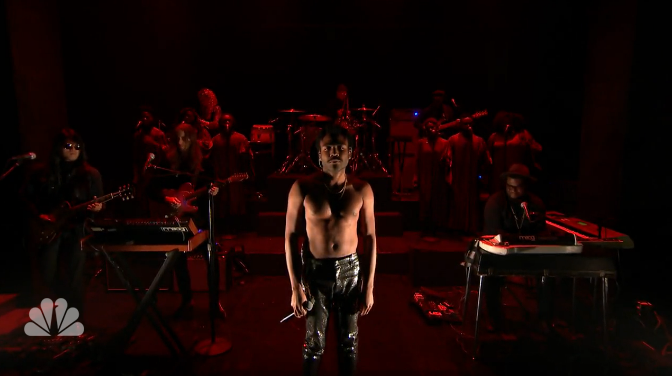 “Redbone” is the second single off of Childish Gambino‘s ambitious new album “Awaken, My Love!” and he stopped by Jimmy Fallon’s Tonight show to perform the single last night. This song in particular features very high vocals that sound like they were pitched up. Gambino’s disputed that, saying that none of the vocals on the album were pitched. He proved that when he performed the song on the Tonight Show, with no pitch correction help. Check out the spectacular, shirtless performance above.