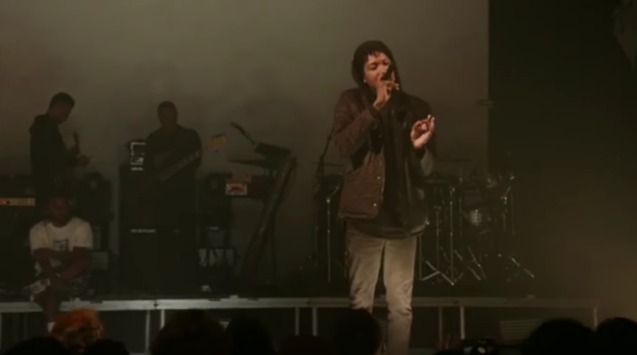 I still have trouble calling him Kemba as I’m so accustomed to South Bronx’s YC The Cynic but he had a really cool moment in a different borough last night. Kemba was in attendance at Kendrick’s small American Express presented Brookyln show at the Music Hall Of Williamburg where he found the opportunity to rap on stage with the superstar emcee. Kendrick has brought up fans from the crowd to rap before but this time he picked a local emcee that’s very established, just on a smaller, independent scale.

He picked out Kemba as just a random fan but little did he know about just how talented this kid was. Watch him tare his opportunity down above.