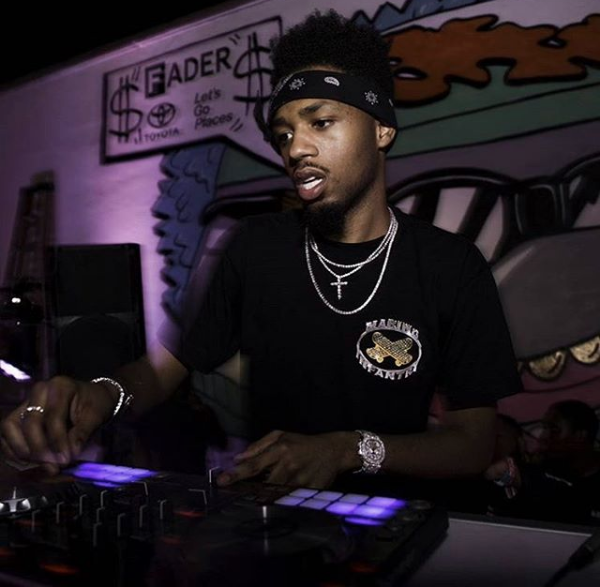 Metro Boomin had his breakout year in 2015, primarily on the coattails on Future having the most successful year of his career. Metro’s productivity and prominence however doesn’t seem to be a fad like many hot producers that came before him. One could argue that 2016 was even stronger for Young Metro and I’d probably agree, seeing that this year included his most successful songs to date (“You Was Right”, “Low Life” etc.). There’s a consensus feeling that 2016 has been a rough year but that didn’t stop Metro from excelling.

Metro Boomin provided a hefty amount of beats to Future’s first release of 2016 – Purple Reign. The undeniable standout of his batch of production was ‘Drippin (How U Luv That).’ The woozy beat featuring body-rattling drums leave the listener in awe as Future performs an exceptional hook. The first half of his verses feature a lot less energy in both delivery and production, but the second half picks right back up into the hook. This might be one of Metro’s most menacing productions of the year. – malbin

We all expected Tinashe to release her proper album Joyride, she had her tour for the album planned, listening sessions and so forth but it still never saw the light of day this year. To appease the fans, she released a different project Nightride, which is meant to be the first part of a double album that is to be followed with Joyride. Metro Boomin contributed a couple of beats to this project including the hazy “Sacrifices”. This beat’s pretty simple but it provides the perfect, airy, eery backdrop for Tinashe‘s vocals to shine. – Trixx

Young Thug‘s “METRO” shout at the start of this one is perhaps the best moment of this track and while it’s not as iconic at Future‘s classic drop “If young Metro don’t trust you imma shoot you”, this one’s quite enjoyable. This “Hercules” is something to behold because there’s a lot going on here as there’s a couple different synths and sounds that pair together to make this a very deep beat that houses the funny catchy phrases of “Hercules”. – Trixx

I had trouble putting this one up too high just because there’s a lot on “Waves” that Metro didn’t do. It’s a masterful song that Kanye and his team of arrangers need the most credit for but they put Metro’s skills to good use here. Metro contributed the drums to this song for certain although his other contributions are a mystery. Regardless, “Waves” is a beautiful song that wouldn’t have been the same without Leland aka Metro Boomin. – Trixx

Lil Uzi Vert may be bunched into the mix of mumble rappers but his music deserves more respect from that. Uzi does not deserve all the credit, as his production is almost always top notch. Songs like ‘Ronda (Winners)’ prove that. An eclectic, experimental Metro Boomin beat is laid down for Uzi on one of The Perfect Luv Tape’s standouts. Uzi bases this inspirational track to Ronda Rousey, who lost to Holly Holm after being undefeated in 2015. The production blasts a colorful palette right into your brain and sounds better suited for the sound of a Little Mermaid soundtrack rather than a trap anthem. – malbin

Oh I love this beat. Metro Boomin is undoubtedly a trap producer but I love when he steps away from his typical sound like he does on “Benjamins Burn”. The song utilizes a unique vocal sample as the meat of the beat and it’s nicely paired with a quick synth line a little bass line and a trap drum pattern that were all too used to. – Trixx

While they always leave the streets well-fed, Migos were searching for a mainstream breakout hit after their debut retail album Yung Rich Nation. Unsurprisingly, their Lil Uzi Vert assisted & Metro Boomin produced single ‘Bad and Boujee’ took off immediately after it was released. Once this song starts and Offset says ‘You Know,’ insanity ensues. Surprisingly, this is one of only a few collaboration between Migos and Metro Boomin. It will be hard to top this track but hopefully we will some more magic from the two camps. Metro really made the perfect backdrop for a new-age rap anthem. – malbin

3. Tinashe – Ride Of Your Life

Tinashe’s 2016 was filled with label politics and pushbacks for her new album JOYRIDE. Thankfully, she was able to release a handful of singles and her digital-only album NIGHTRIDE. Two of the best songs of the project featured beats from Metro Boomin but ‘Ride Of Your Life’ was easily one of her best tracks of the year. While Metro has released pop songs in the past, ‘Ride Of Your Life’ is his best take at a trap-infused pop record. Tinashe effortlessly is able to show off a sexy and confident delivery over Metro’s production. – malbin

This song right here ended up making Metro Boomin a producer superstar and it opened a lot of casual fans’ eyes to who this St. Louis born producer was. It was the viral drop “If young Metro don’t trust you imma shoot you”, that blew up because of it’s perfect placement on this song. Aside from the damn drop, Metro had a handle of the drums on this one and he had a hand in the chords that play once the beat drops. – Trixx

I wasn’t that big of a fan of “X” at first but after a few listens, I realized how masterful this beat was. The opening section of the beat is cool and it provides a nice vibe but once the it transitions and adds in the flute part, WHEW. The overall growing nature of this beat and how it seems to constantly be building is what made it earn the number one spot for all of Young Metro’s beats that came out in 2016. – Trixx