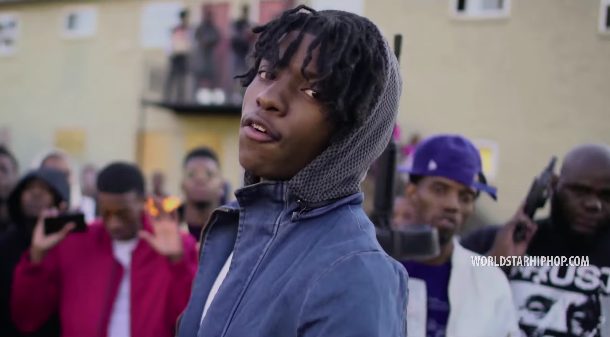 There’s always a bunch of street records coming out of the south from unknown artists and then there’s the few that get the internet shares and the attention. This one’s got all the hood video stereotypes as the whole block is in attendance with dracos and pistols in hand but this song is pure heat. The song’s called “Pull Up Wit Ah Stick” and if you haven’t heard it yet, you’re going to be hearing a lot more in the coming weeks/months.

The song’s from an artist named SahBabii, a new name from Atlanta but he’s already showing potential of a mainstay sensation and not just a one hit wonder. “Pull Up Wit Ah Stick” is truly trap r&b or perhaps drill r&b is more suitable. The hook’s autotuned out and executed to perfection. It’s the engine that drives the song but it’s not to be let down by the well flowing verses from both SahBabii and featured rapper Loso Loaded.

The song’s just cracked 1 millions views on YouTube and this only the beginning. They got a big cosign last night when Metro Boomin played the song during his Boiler Room set in Brooklyn which was not only blasted to a room full of 500+ people and a crowd that included Migos, A$AP Rocky, Tyler, The Creator and Southside but that set from Metro was also streamed to thousands live on the internet. This song is going through it’s beginning stages of being a massive song so hop on now and put your friends on now so you can look like a genius.