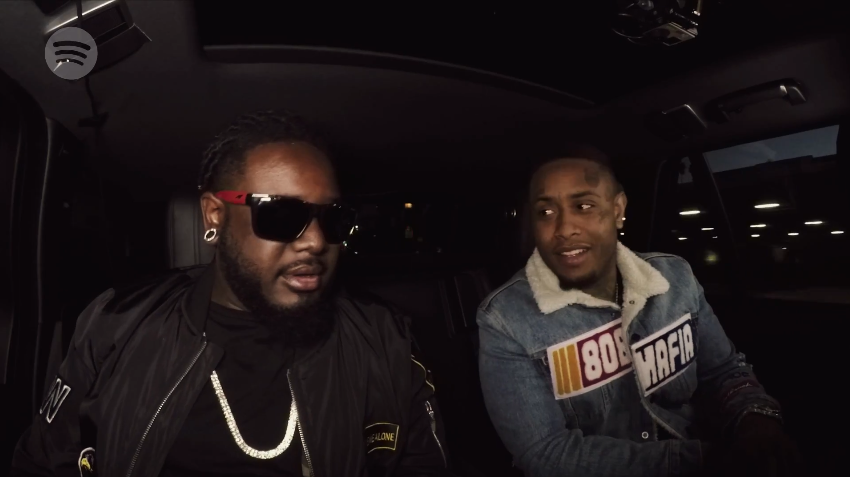 Spotify is the biggest name in music streaming but they’re always delving into new projects and on April 4th they’ll be launching a new web series in partnership with Russell Simmons and All Def Digital.

It’s called “Traffic Jams” and it takes a lot from the success of James Corden’s “Carpool Karaoke”. This new Spotify series will pair up a singer/rapper and a producer in the backseat of a car and there right on camera, they’ll create an original song. The car’s driven by comedian DoBoy who you may recognize from Nick Cannon‘s television show Wild’n Out. The series has 8 episodes that will be released weekly beginning on April 4th with the pairing of T-Pain and Southside. The videos will be available for Spotify premium users under “Spotify Original Videos”. Check out the trailer for the series above and view the full lineup of guests set to be on the show below.