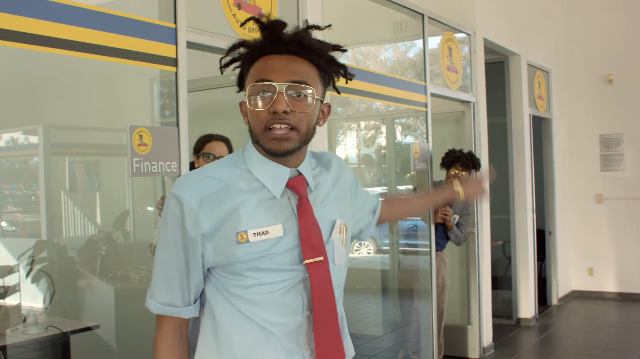 Behind “Carolina” Aminé‘s got hype but there’s also a lot of pressure not to be a one hit wonder. “REDMERCEDES” is the Portland emcee’s newest single and today he drops off the humorous but pretty clever new visuals to the song. The video features Amine as the head of a car dealership, a dealership with all black employees but the music video quickly turns to a trio of preppy dressed white guys, who are actually Aminé and two of his friends with heavy amounts of makeup on to appear white and they’re the characters in the video that act stereotypically black. Check the whole music video out above.