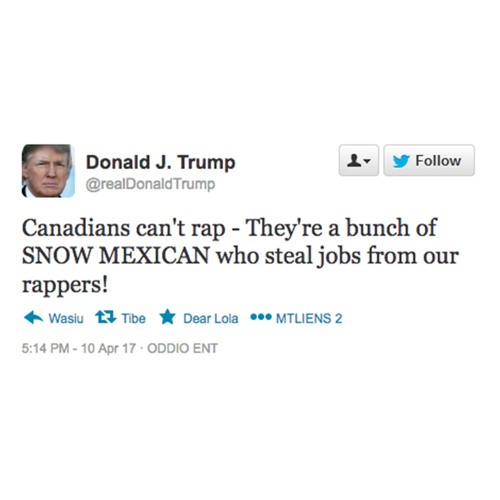 Wasiu‘s a Montreal rapper i’ve had a lot of stake ever since I stumbled upon his music a couple years back. He’s back today with a new one called “Snow Mexican” and based on that title and the accompanying artwork, you’d assume there’s some political fuel behind this one, well Wasiu says no.

Here he takes the derogatory nickname that Trump gave Canadians and makes a pretty infectious tune, embracing the nickname in a form of Canadian pride. The song’s led by the production of Tibe along with co-production from Dear Lola, a frequent collaborator of Wasiu‘s.