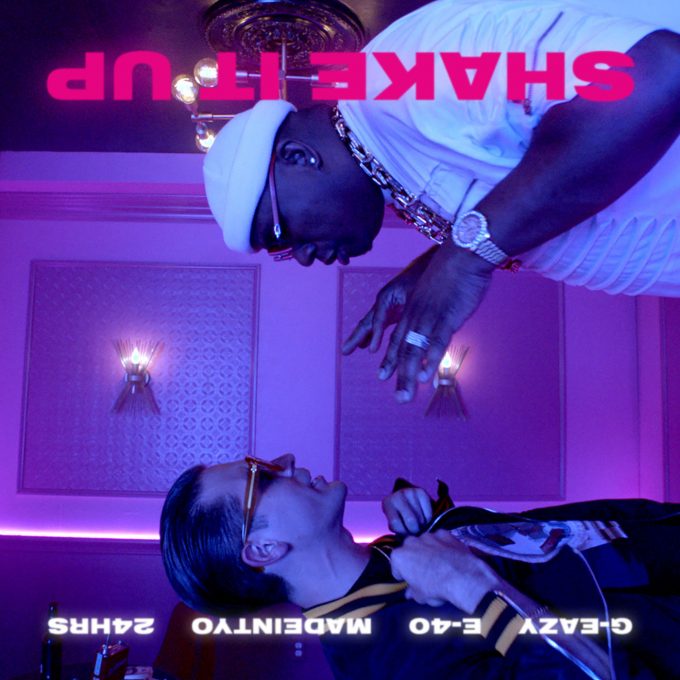 Yesterday was G-Eazy’s birthday and he blessed us with three songs after already dropping something with 9th Wonder earlier in the week. For his fifth release of the week, G-Eazy teams up with 24hrs, Madeintyo, & E-40 for ‘Shake It Up.

‘Shake It Up’ is the only retail release of the five songs that were released this week. This is a typical G-Eazy banger type track, although the features on here are better than usual.