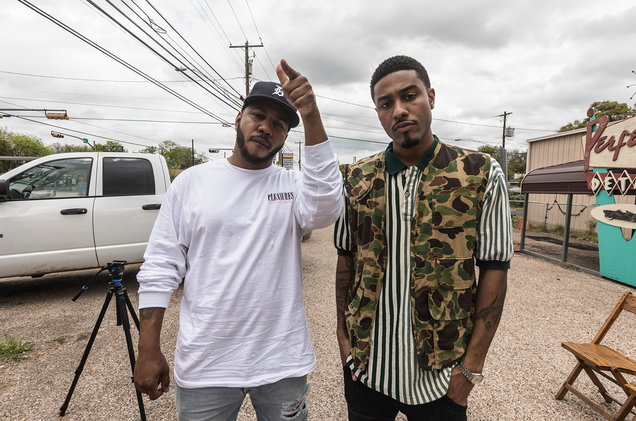 The Cool Kids have been officially back for a little bit and now us fans are just patiently waiting for the comeback album like a little kid in the mall sitting outside of Victoria Secret waiting for his mom to come out. It feels like an eternity but the wait’ll be worth it because the kid’s heading over to GameStop before they leave the mall. But hold on, moms just said she’s gotta go to into Forever 21 too, but to make up for it she just got you some of those cinnamon pretzel nuggets from Auntie Anne’s. This new song “Checkout” is essentially those sweet, sugary pretzel nuggets and just like the nuggets, this song will leave you savoring for more. So don’t worry fam, very soon we’ll be leaving the mall with that new video game.

Check out the song below and prepare for Sir Michael Rocks and Chuck Inglish‘s new album Special Edition Grand Master Deluxe which is right around the corner.