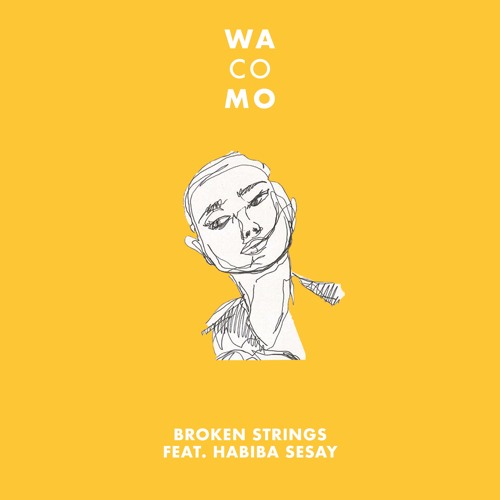 The good folks at Choke Industry are back at it again with some more piff. After introducing us to Tess at the end of 2015, they are a brilliant new single from Mexico based, London bred producer Wacomo. The 17 year old is currently studying out in Mexico and he collaborated with his London-based cousin Habiba Sesay for this incredible new single ‘Broken Strings.’

At the end of 2016, the two finally met in London around Christmas time and spoke briefly on potentially collaborating on tracks. After Wacomo went back to Mexico, a couple months went by before anything came to fruition. After receiving some voice memos via WhatsApp, the final product became ‘Broken Strings’ – an blissful electronic track with a memorable chorus and beautiful songwriting.