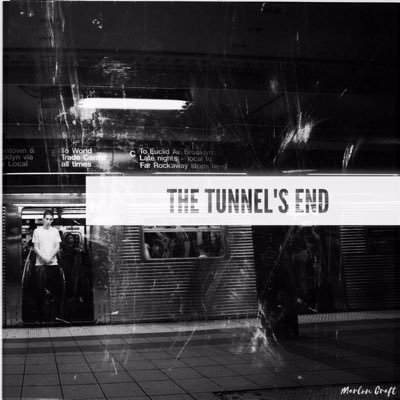 Undoubtedly rap these days isn’t as much about the bars as it used to be, it’s much more centered on creating good, catchy songs and it’s really a sister genre of pop music these days. There’s of course the Kendrick Lamar‘s and J. Cole‘s who can do both but that’s a tough place to slide into in the mainstream. However, there’s still bright young cats like Marlon Craft that can step to your favorite rapper and out rap him and also make some damn good songs. Marlon’s been featured on here ever since I decided to check him out when he was rapping over 9th Wonder and Black Milk beats. It’s cool to see him getting props from all over these days and his new album The Tunnel’s End is sure to garner plenty of props, word to Black Moon.

The Tunnel’s End is as New York as it gets, the grit of the city lies within the digital grooves of the record and it’s filled with references of the city that us locals can appreciate more than others. If it couldn’t get any more New York, Marlon’s also putting out a series of freestyles, a series of 5 freestyles to be exact, one for each of the boroughs. He’ll be dropping one each day this week and so far he’s released one for the Bronx, Queens and Manhattan all at a subway station in the borough. You can watch all of those below as well as stream the new album.