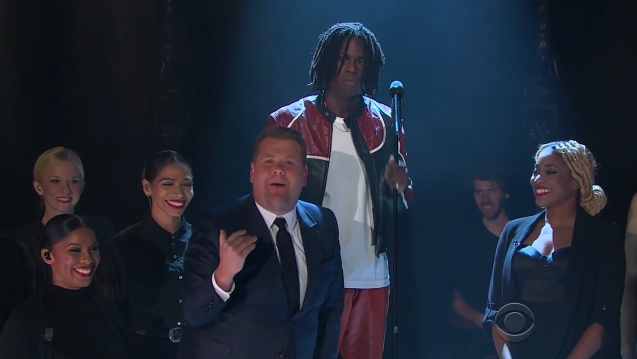 This site is partially turning into a Daniel Caesar fansite for the month of August, as you could probably already tell. I tried to stay up and watch this last night but I fell asleep before Daniel Caesar made his television debut on The Late Late Show With James Corden. He’s officially Apple Music’s new up next artist and he’s certainly getting the royal treatment off the bat as Zane Lowe brought him on TV. Daniel drops his album Freudian on August 25th and he went ahead performed a medley of two of the singles, “Get You” and “We Find Love” for us to all enjoy. Check out the brilliant performance, complete with a backing choir above.