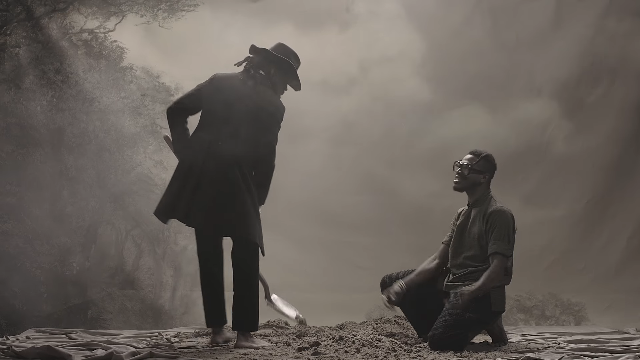 Of all the artists I’ve had chance encounters with, KAMAU was certainly among the friendliest and his quirky, exuberant style we see on the screen and in our headphones is just how he is all time. KAMAU/strong> is getting ready to release a new project titled The KAMAU-CASSETTE: ŭRTH GōLD and we’re leading off with this new single and music video “GRā”. The song’s vibrant simply because KAMAU can’t make music anyway else, he’s a bright spirit. There’s a deeper message to uncover but on the surface it’s a man digging a whole only to have it immediately filled, thus making no progress. It’s a modern tale of the ancient greek story of Sisyphus. An iconic story and more so an iconic image of a king who was punished and made to roll an immense boulder up an eternal hill only to watch it roll down and hit him and then he’d repeat.

KAMAU – On The Good Good