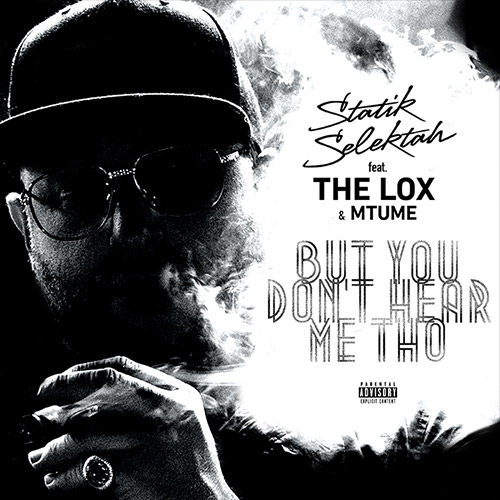 A long long time ago (more like a year or 2 ago), Statik Selektah said that he was done releasing solo producer albums like he’d been doing and bringing together a whole ton of rappers. Basically everybody called him out on his bluff and clowned Statik saying that he couldn’t do it. Everyone was right because Statik’s got a new album in the oven. It’s set to be his 8th album, thus it’s aptly titled 8. There’s no release date or anything of the sort just yet but he did just release this new single from the album “But You Don’t Hear Me Tho”. It features the legendary LOX and the even more legendary James Mtume. Take a listen to the new record below.